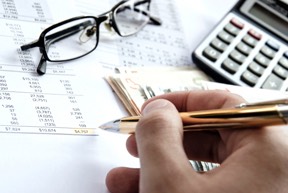 There are several sources of data on UCR charges. Data sources can be divided into public and private. Public data sources include Medicare claims data and a variety of state-level sources, such as Medicaid administrative data and specific statewide data collection initiatives, such as the Maine Health Data Organization.

The most widely used public data source on provider fees is administrative data from the Medicare program, which is administered by the Centers for Medicare and Medicaid Services (CMS). Medicare databases, most of which are available from the Research Data Assistance Center (ResDAC), resemble other claims databases in that the core data elements include patient demographics, type of provider, charged amounts, and paid amounts. The typical Medicare-based UCR method is to base UCR on a percent of the Medicare rate.

The advantage of Medicare data is its size and geographic coverage; there are data for 48 million enrollees across all 50 states, representing well over 1 billion claims annually. The data are updated frequently. However, there are two primary disadvantages to using Medicare data as a means of benchmarking provider fees. First, the size and scope of the database allow for a relatively wide breadth of ways in which rates could be calculated, which means that rates are essentially “user defined.” The implication is that two users of the same data could generate two different rates for the same procedure and geographic area, even with only small differences in methodology. Second, Medicare rates under the Medicare Fee Schedule are determined administratively, and do not necessarily reflect market value, leading one consultant to observe that “two-hundred percent of Medicare is 200% of unreasonable.”

In addition to the public data sources, there are a variety of private sources of data on health care provider fees and paid amounts. Some databases are drawn from a single provider group (e.g., the Geisinger Health System, which markets its data under the “MedMining” label), or from a single or small number of health insurance plans (e.g., FAIR Health, which uses data primarily from the large insurance carrier United Healthcare). Clearly the “sole source” approach to fee benchmarking is limited, as the entire database is influenced by the payment policies and market dynamics of a small number of health systems or insurers.

The alternatives are databases which pull in data from a wide array of sources—solo providers, provider groups and health systems, and insurers. These are referred to as “hybrid” sources. Examples of commonly used hybrid courses include MarketScan (distributed by Truven, formerly Thomson Rueters) and Context4Healthcare (“C4H”).

The MarketScan database consists of an aggregation of medical care claims from approximately 150 million individuals enrolled in a large number of different employer “self-insured” health plans. The data include a standard set of medical care claims elements, including patient demographics, physician characteristics, diagnosis and procedure codes, submitted charges, and net payments. Although MarketScan data is typically used for many purposes, it can be used to benchmark fees by aggregating claims by procedure code within a geographic area. To maintain consistency with other sources of UCR data, MarketScan users would then have to analyze outliers and employ other measures to insure data integrity and representativeness. There are a couple of important imitations of the MarketScan data for fee benchmarking. First, the data do not represent all U.S. states. Thus, the results may not be generalizable to a particular geographic area. Second, similar to one of the Medicare data limitations, methods of fee benchmarking are essentially user-defined.

The C4H data represent somewhat of a compromise of the aforementioned limitations. Mainly, the process through which C4H collects, verifies, and codes, fee data is different than the other sources. Data from approximately one billion de-identified medical bills are obtained every six months from a variety of sources, primarily from companies that provide electronic billing and claims processing services to health care providers. C4H’s source of data represents an important departure from the FAIR Health methodology, which relies on medical care claims data from a small handful of large insurers. Obtaining data from provider billing records has some advantages. First, provider billing and charge data is an appropriate basis for fee benchmarking, especially given that C4H calculates mean fees by quintile. Second, the dataset is representative of charges for the national population of providers, representing a variety of contractual arrangements between payers and providers. Given the high degree in heterogeneity among payer contracts (within provider groups and between provider groups), the C4H data sourcing is more likely to provide representative data compared to other common sources of fee data. Third, the C4H database is large enough to support statistically reliable and valid estimates at small levels of geographic disaggregation (e.g., small clusters of zip codes).

Available fee benchmarking databases, including Medicare, commercial claims databases, electronic medical record databases and provider billing data have strengths and weaknesses. Users of fee data should be knowledgeable about these trade-offs, and should require data vendors to be completely transparent regarding methodology. In addition, it is important to emphasize that these data provide estimates; the burden is on users to make the final determination as to the validity and appropriateness of the data for the intended purposes. Avalon Health Economics Business Analytics team can help work with these databases, and have collectively more than 20 years of experience working with commercial claims data.