Nutrition Policy & Food Labeling in the U.S.: A Review & Update 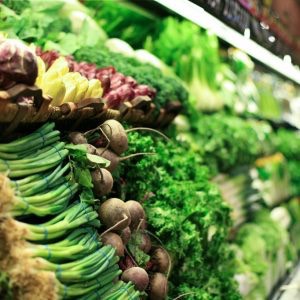 The Organic and natural food industry has boomed in the last few decades, moving from a small niche market to a $30 billion dollar industry. Across the United States, people are growing more concerned by the possibility that their food choices could negatively affect their health and are responding by buying more products with labels like “organic,” “green,” and “natural”. Whole Foods Market, the leader of the emerging pack of grocery stores dedicated to selling only natural and organic products, ranks 19th on FORTUNE magazine’s “World’s Most Admired Companies” list and continues to be the Most Admired Company in the food and drug store industry. With a “multi-billion dollar marketing niche”, a dedicated consumer following, and a subcategory of grocery stores selling only natural and organic products quickly ascending up the ranks of corporate prominence, the natural foods industry is straddling the line between consumer discretionary and consumer staple markets. The only thing the industry seems to be lacking is a legitimate definition of the word “natural” to govern the products it sells.

The ‘name-game’ surrounding the labeling of foods in America presents a fascinating web of often purposeful miscommunication between food manufacturers and consumers. Words such as ‘natural’, ‘organic’, ‘Genetically Modified Organism or GMO free’, ‘pesticide-free’ and ‘free-range’ attempt to advertise to a subset of dietary preferences and communicate some level of confidence on the part of the consumer regarding safer eating habits. For decades, American advertising has attempted to soothe the needs of the nation by appealing to the current topics and hot button issues in health to promote their products. This song and dance is nothing new; however, does a consumer’s choice to purchase a ‘natural’ product indicate that they are making choices based on health claims? Should then, claims of ‘natural’ food ingredients be considered a health claim, and regulated as such?

The Nutrition Labeling and Education Act (NLEA) of 1990, an amendment of the Food Drug and Cosmetic Act (FDCA), provisioned for a serious overhaul in the way the FDA regulated food labeling. As a result, most food products now carry a revised label that provides information about “saturated fat, cholesterol, and dietary fiber, in a format designed to help consumers choose a more healthful and nutritious diet”. The Act also called for FDA reviews of diet disease relationships, establishing seven allowable health claims, among them were the relationship between calcium and a reduced risk of osteoporosis, and sodium and an increased risk of hypertension.

Setting several important precedents for health claim policy, the FDA approved the first “food specific” health claim under the NLEA in 1997. The authorized health claim describes the relationship between consumption of whole oat products and the reduction of coronary heart disease risk. Products containing a certain minimum level of soluble fiber from oat bran per serving now carry one of the following statements, “Soluble fiber from foods such as oat bran, as part of a diet low in saturated fat and cholesterol, may reduce the risk of heart disease.” or “Diets low in saturated fat and cholesterol that include soluble fiber from oatmeal may reduce the risk of heart disease.” Although used across a number of brands, this statement came at the urging and financial backing of the Quaker Oats Company, a company which, is currently involved in an ongoing suit for “misleading health claims” (Quaker Oats Labeling Litigation, Case No: 5:10-cd-00501 RS, U.S. District Court for the Northern District of California). 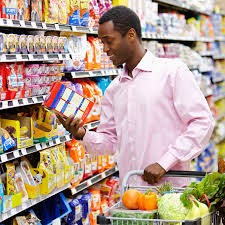 In November 1997, President Clinton signed The FDA Modernization and Accountability Act (FDAMA), effectively reducing the bureaucratic hurdles in the health claim approval process and the direct cost of approval on the FDA. Specifically, it directs the FDA to authorize health claims that are based on the published authoritative statements from US government agencies with official responsibility in the health area, such as the Centers for Disease Control (CDC), the National Academy of Sciences (NAS), or the National Institutes of Health (NIH) (U.S Department of Health and Human Services).

Providing that there are publications by any one of these agencies, health claims may now be made without going through the costly FDA review process. Though pre-market notification (120 days) of the health claim labeling continues to be required, the FDA can only take action should the claims prove to “mislead consumers” (U.S Department of Health and Human Services). Thus health claim approval was successfully sidelined in the budgeting of the FDA, and continues to be more or less of a private enterprise. This outsourcing of due-diligence gives some explanation as to why the FDA has shied away from research on and regulation for the health implications of the ‘natural’ foods industry.

Throughout the saga of ‘health claim’ regulatory standards, there has been mounting consideration that ‘action’ against ‘misleading’ labels should include evaluations of the ‘natural’ food industry. The preemptive efforts to regulate ‘natural’ began in 1974 and were spearheaded not by the FDA, but by the Federal Trade Commission (FTC). The FTC opened up debate for new requirements which would recognize ‘natural’ foods as those with “no artificial ingredients and only minimal processing”. What happened next represents a reoccurring theme in the debate over ‘natural’ labeling and is perhaps the most cited challenge to successful regulation. The FTC became the first to admit that “the prospect of defining the term ‘natural’ for a diverse range of products and policing multiple industries on the use of the word proved too much”. Following this admittance, the FTC went on to “officially terminate” their endeavor.

Over the next decade or so petitions by consumer safety advocates would pop up again and again only to be told that the resources required to create ‘natural’ regulation were too limited. This changed, however, in 2006, when one of the ‘big boys’ entered the ring. That year, the FDA received a well endowed petition to adopt an official, but specific, definition for the term “natural.” The petition, filed by the Sugar Association, asked the FDA Commissioner to enact “rules and regulations governing the definition of ‘natural’ before a natural claim can be made on food and beverages regulated by the FDA”. In short, the Association asked the FDA to equate ‘natural’ with the USDA’s definition of ‘minimal processing’. According to the USDA’s Food Standards and Labeling Policy Book ‘minimal processing’ guarantees the “preservation of the molecular structure inherent in the raw material”. Worth noting is the fact that under this definition, high fructose corn syrup (HFCS), the scourge of the sugar industry, could not be considered a natural ingredient. Thus, the petition required that ‘minimal processing’ be an “obligatory requirement before a food or beverage ingredient can be labeled as ‘natural”’ and that products using HFCS be barred from claiming association with the standard. The FDA accepted the petition; however, the agency still refrained from enacting a legal statute.

The following year the Sara Lee Corporation filed a petition requesting that FDA work together with the USDA’s FSIS to create a uniform policy for the use of the term ‘natural’. This petition advocated for development of policy, rather than regulation, and that the term ‘natural’ be delegated to the description of preservatives.

Despite the petitions from both Sara Lee and the Sugar Association, no new action was taken by FDA. Rather, in January 2008, FDA representatives announced that FDA intended to leave “natural” formally undefined for the time being as more pressing concerns and limited resources had directed its attentions to other matters. 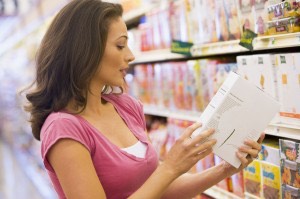 In April of that same year, conflicting statements regarding the definition of ‘natural’ were responsible for a dramatic debacle which unfolded in the wake of a press conference with the Product Evaluation and Labeling team at the FDA’s Office of Nutrition, Labeling and Dietary Supplements. Responding to an inquiry regarding whether high fructose corn syrup could be considered a ‘natural ingredient’, the team stated that the use of the “synthetic fixing agents in the enzyme preparation, which is then used to produce HFCS, would not be consistent with [their] policy regarding the use of the term ‘natural.’ Consequently, the team would object to the use of the term ‘natural’ on a product containing HFCS. Although the statement attracted considerable attention, the Corn Refiners Association was quick to respond publicly that the comments “actually (reflect) only the personal view of that one (FDA) employee who was responding to a reporter’s question,” and that their views, did not constitute the official position of the agency.

Later that year, in July of 2008 the Product Evaluation and Labeling team sent a letter of admission to the Corn Refiners Association. In this letter the team rephrased their classification of ‘natural’ as the FDA’s longstanding policy on the use of the term ‘natural’ means that “nothing artificial (including artificial flavors) or synthetic (including all color additives regardless of source) has been added to a food that would not normally be expected to be in the food.” The outcome of this correspondence may be summarized to mean that HFCS could be considered “natural” depending on the way in which the corn syrup was made, and products containing HFCS could carry a “natural” label, so long as synthetic fixing agents were not in contact with the product in the process of manufacturing.

This debacle between the Corn Refiners Association, the Sugar Association and the FDA presents just one of many misunderstandings which have developed as a result of this poorly defined label. This was a power play among the big boys of the food industry and says very little to the multitude of misunderstandings which consumers continue to face concerning the term ‘natural’. The underlying issue with ‘natural’ is that it is a label which significantly influences consumer purchasing preferences. What is the purpose of ‘natural’- is it a health claim or is it an advertising ploy? Is it both? In the U.S, ads and health claims have always walked a very thin and often gray line, addressing the concerns of individuals and caregivers who would prefer to spend their money on food products which have the ability to protect and enhance their health.

Currently proposed federal legislation seeks to create a single, standard front-of-package or, FOP label, require greater disclosure of sugar and caffeine content, and define how common claims such as “natural” and “healthy” can be used (S. 3147, 113 Cong.). Known as The Food Labeling Modernization Act of 2013, the bill argues that major labeling requirements, are in need of major changes to deliver the consistent, clear information that Americans need to combat the obesity crisis and make healthier choices. If passed, this bill would demand the relabeling of thousands of products currently claiming to be natural, and with it, reducing the ability for the food industry to cash in on a health claim which has been debated for decades.