Value-Based Purchasing for Hospital Services in the U.S.

The Center for Medicare and Medicaid Services (CMS) Value-Based Purchasing (VBP) program is an incentive-based repayment plan linked to the quality of care hospitals provide to Medicare patients. With VBP, hospitals are held accountable for both the quality and cost of their services, and must reach specified performance measures to be rewarded.

CMS continues to reimburse hospitals a fixed amount per discharge based on Diagnosis Related Groups (DRGs), but under the VBP hospitals can receive additional payments based on the quality of care delivered to their patients. In short, VBP rewards hospitals that improve quality of care by redistributing Medicare payments; hospitals with higher scores receive more, and hospitals with lower scores receive less. But the VBP is not solely a redistributive process: the aggregate DRG-based disbursement is reduced each year by 1% for FY 2013, 1.25% for FY 2014, 1.5% for FY 2015, 1.75% for 2016, and 2.0% for 2017 and beyond. The overall reduction in hospital payments for the next 10 years is expected to be more than $214 billion. 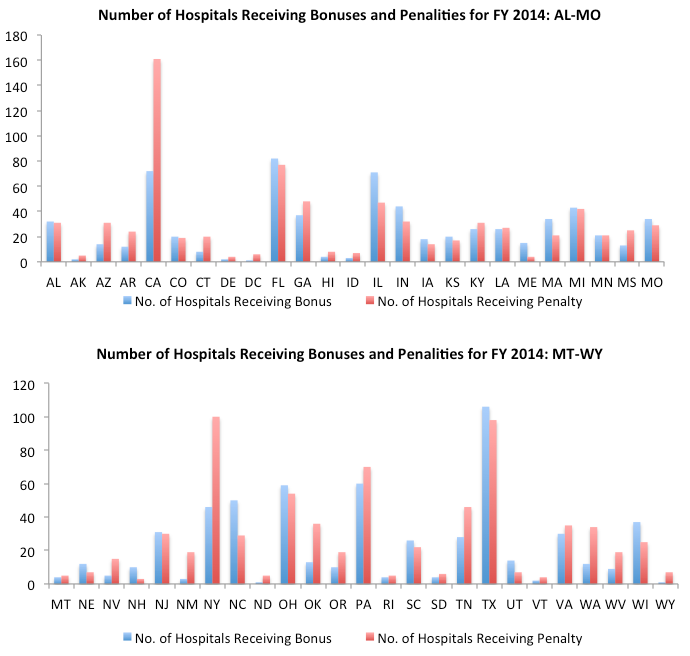 For a hospital with poor quality scores, the implications can be substantial as they face a shrinking pie in addition to a smaller slice of the pie. If a hospital succeeds in meeting all VBP measure thresholds, they receive the annual payment reduction percentage back along with an additional monetary return. That is, the lower quality hospitals subsidize the higher quality hospitals. 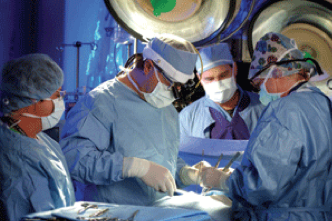 Hospitals are scored not only based on achievement, but also improvements in measures compared to the previous reporting period. Additional points, called consistency points, are earned based on meeting patient expectations. Hospitals can earn as many as 20 points if all eight measures of patient expectations are at or above a given achievement threshold. A total performance score (TPS) is calculated for each individual hospital by combining scores for all measures and assigning different weights to clinical measures and patient experience measures. A linear exchange function based on TPS scores is then used to calculate the bonus payment (or lack thereof) for each hospital.

When comparing the winners and losers from FY 2013 to FY 2014, the majority stayed true to their status from FY 2013. However, there were more than a few notable switches. Approximately 300 hospitals made the jump from a penalty to a bonus. Unfortunately, outweighing this positive result were 416 hospitals moving from bonuses to penalties. From 2013 to 2014, the average bonus grew from 0.23% to 0.24% and the average penalty grew from 0.21% to 0.26% between the two years. According to the most recent CMS data, a total of 1,231 hospitals are being rewarded with increased payment rates and another 1,451 hospitals are facing penalties.

In many U.S. regions, the hospitals that were most successful in quality care were not necessarily large and well-known, but instead smaller community and regional hospitals. For example, leading hospitals such as New York Presbyterian and the Cleveland Clinic had their payments reduced while smaller physician-owned hospitals thrived. The hospitals receiving the highest bonuses in FY 2013 and FY 2014 were Treasure Valley Hospital (a 10-bed hospital in Boise, Idaho) and the Arkansas Heart Hospital in Little Rock (which only handles cardiovascular cases). As previous Avalon Health Economics studies have shown, smaller hospitals may in some cases have substantial quality and patient satisfaction advantages over larger full-service hospitals (see https://avalonecon.com/capabilities/business-analytics-and-management-consulting/).

For many hospitals, especially the prestigious, VBP is to some extent viewed primarily as a bureaucratic checkbox list–something to focus on and invest in just enough to try to meet the requirements for a reward. However, many other hospitals appear to be committed to enhancing quality and improving the patient experience. The VBP is a very young program; as the program matures, its wider impact (if any) will become clearer.