What are the Health Consequences of Psychiatric Hospital Closures?

What are the Health Consequences of Psychiatric Hospital Closures?
August 25, 2014 - 1:51 pm, by Avalon Health Economics LLC 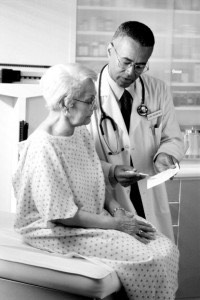 Over the past 50 years, 95% of the country’s state psychiatric hospital population have been closed down, leaving fewer than 200 hospitals to provide care to those living with mental illnesses (Fisher et al. 2009). Between 2009 and 2011 alone, states cumulatively cut more than $1.8 billion from their budgets for services for children and adults living with mental illness (National Alliance on Mental Illness, 2011). What happens to patients residing in state psychiatric hospitals after it closes down, or after they are discharged from their hospital setting?

For patients discharged from psychiatric hospitals, there have been very few case studies that extend past the patient’s first year post-discharge. The time that a patient is discharged from a psychiatric hospital is an extremely sensitive moment in the patient’s life. Such a drastic change in the normality of a patient’s day can leave him or her at risk, especially with the lack of continued care that the patient has become accustomed to at his or her hospital stay. Historically, the first six months post-discharge have the highest readmission rate, between 20 and 40 percent. For patients with a history of depression or mild acts of aggression, the initial post-discharge period can cause the patient to experience extreme swings in his or her symptoms and behavior. Although some patients may show signs of regressed behavior, studies have shown that a large majority of patients discharged from their hospital setting have shown signs of increased mood, greater social connectedness, and improved social functioning.

Regardless of whether or not they were discharged from a psychiatric hospital, the most common symptom among discharged patients is some form of schizophrenia. While patients typically do experience other illnesses– some physically debilitating such as incontinence and physical immobility– these symptoms are generally associated with the patient’s age. Several studies have shown that the average age of patients discharged from psychiatric hospitals is between 44 and 67. Interestingly, in several studies, age was the most influential variable among patients. In one study of 670 discharged patients, after five years, older patients had a more challenging time adapting to their new social environment. Elderly patients have a difficult time making new friends, finding confidants, and had smaller increases in their community and domestic skills. Older patients also are the ones who generally had increased incontinence and issues with mobility (Trieman et al 2000).

Although the majority of patients studied had cases of schizophrenia, several had depression and a previous history of suicidal thoughts. The rate of suicide among recently discharged patients is at its highest during the first year, specifically during the first 28 days. One study in England showed that 234 patients died of suicide within one year of discharge. One study identified several key clinical factors that are associated with an increased risk in suicide with patients’ post-discharge period. Clinical factors surrounding these patients are the following: past history of self-harm, having a feeling of hopelessness, and having a suicidal ideation at their time of admission. A strong connection between an increased suicide rate was when a key worker at a facility was on holiday, exponentially increasing the rate of suicide among patients (Crawford 2004). While these may give an indication as to which patients are at the greatest risk, they do not explain why suicide is high in patients immediately post-discharge.

Patients who were successfully discharged to facilities were generally discharged to 24-hour staffed homes, nursing homes, or board-and-care homes. It is rare for patients to be involved in crime, and in terms of social outcomes, there are few differences between those who were discharged from the hospital and those who were not discharged. In regards of adjusting to daily life, patients found it somewhat overwhelming to get back to work. Several patients noted that re-joining the work force was the same as it was before, while for others it was demanding, causing them to use sick days in order to re-adjust themselves to the day-to-day work ethic. Patients have indicated that they are looking toward to the positives of the new living arrangement, but are still getting used to the self-caring process. Patients who were discharged expressed that their new living facility was more preferred than the hospital setting. Several patients even felt a change in themselves, feeling more positive about their new situation (Thornicroft 2005).

Discharge from a hospital facility has been proven to be successful, if the correct measures are taken. Regardless if a hospital closes down, in order to help a patient’s discharge go smooth, state psychiatric hospitals need to ensure that three crucial steps be taken: initial discharge meeting, regular discharge meeting, and day of discharge meeting. During a patients stay, discharge planning should begin upon a patient’s admission and continually be updated throughout the patient’s treatment. The goal of continuous discharge planning is to help assess which setting would be most appropriate for the patient, based on his/her needs, and to help decrease the likelihood of a relapse during his/her most sensitive post-discharge period. Establishing linkages between the discharging facility and the post-discharge provider is an important step in improving the effectiveness of post-discharge planning. By including the discharge plan in the treatment process, it gives the patient the opportunity to be involved in some of the planning, as well as increasing the odds that the patient will accept the discharge plan. Meetings with patients on the day of discharge allows hospital staff to ensure that proper information is given to the patient and/or their caregiver, and to review with the patient his/her after-care arrangements. State psychiatric hospitals that follow these general principles will create a more efficient discharge process for the patient, and will help set up the proper lines of communication so that tracking the patient’s progress is a smoother process.