The recent Ebola epidemic in Africa has served as a reminder of the vulnerability of public health systems in handling unexpected health problems, especially when basic access to care and day-to-day health problems remain a challenge. Unlike its northern counterpart, Sub-Saharan Africa (SSA) continues to experience a disproportionate burden of disease, influenced by the intersection of a variety of politico-economic, socio-cultural and environmental factors. Demographic, epidemiological, migration and nutrition changes throughout the region contribute to the resurgence of a variety of previously controlled diseases, new emerging epidemics, the prevalence of communicable disease and the rise of chronic disease. 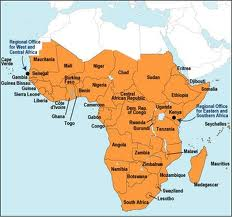 These public health challenges, together with others that are part of the United Nation’s 2000 Millennium Development Goals to improve public health in a global context, call for a refocusing of efforts to strengthen local health systems and to encourage sustainable health care reform throughout SSA. An operational definition of health care reform is “a sustained process of both creating and altering health policy via government-led initiatives in order to optimize the functioning and efficiency of local health systems.” Building on the platform of the 1978 Declaration of Alma Ata, spearheaded jointly by the WHO and the United Nation’s Children’s Fund (UNICEF), the long-term objective of health care reform is universal coverage and the subsequent improvement of the health status of the populace. 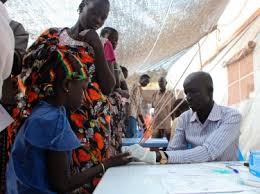 Shortly following independence, as the economies of many SSA countries began to improve, some countries expanded access to health care services and improved coverage. For the most part, these changes have led to some improvement in a variety of health indicators. In the 1980s and 1990s, following years of economic stagnation, dozens of SSA countries adopted structural adjustment programs (SAPs) financed by the International Monetary Fund (IMF) and the World Bank. While the intent of the SAPs was to increase access to quality health care, evidence suggests that these programs actually had a deleterious effect on the health development, services and systems of many countries, compromising governmental capability to implement sustainable health policy frameworks. Since then, the process of health care reform has been influenced by various regional and international health policy initiatives, including the 1985 Three-Phase African Health Development Scenario, the 1987 Bamako Initiative and others led by the UN, World Bank and WHO.

While the 47 countries constituting the Regional Office for Africa of the World Health Organization (WHO) have all engaged in health care reform in some capacity, their scope, strategies and contexts are variable. For instance, Ghana and Nigeria have implemented National Heath Insurance (NHI) schemes, whereas Tanzania and Zambia have engaged in the decentralization and strengthening of district health systems. Countries that have embarked on sector-wide approaches (SWAPs) as a paradigm for undergoing health care reform include Tanzania, Zambia, Ghana and Uganda. Ethiopia, one of the poorest countries globally, has been extoled for implementing a community-based, primary-care system within a short time span. South Africa, arguably the most advanced of the SSA nations, is currently embarking on a holistic framework of health care reform including re-engineering primary health care, the implementation of an impressive NHI system to promote quality health care coverage for the whole population, quality assurance and improvement and governance reforms. 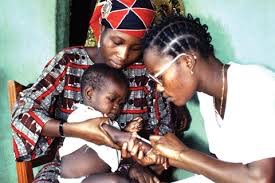 Achieving successful health care reform in socio-culturally, politically and economically unstable contexts, as is the case in many countries throughout SSA, will inevitably have a long and complicated trajectory. As immediate upheaval in health care reform in such contexts is neither pragmatic nor feasible, a milestone-based approach is warranted. Adopting this approach– in which key evidence-based and socio-culturally sensitive health reform initiatives are achieved one step at time– will aid in securing long-lasting change and stability in the reform process. Doing so will support national health systems and ultimately reduce the burden of disease in Sub-Sahara Africa.