Nobody Pays Retail: A Primer on Valuing Medical Care Bills 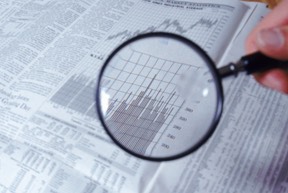 In most markets and in most industries, the prices paid by consumers (or businesses, in the case of business-to-business transactions), are not randomly made up by sellers. To be sure, in less competitive markets, where information is “fuzzy” or sellers have monopolistic power, a seller might be able to name a price and get it.

But in the vast majority of market transactions—the billions that take place each day—the prices paid by consumers and businesses reflect a very basic part of economic theory referred to as “willingness to pay,” or WTP. WTP is perhaps one of the most durable of economic theories, one that has been supported in virtually every empirical study of the demand for products and services.[1]

As some economists have argued, the medical care industry seems to be late to embracing WTP as a means of valuing health care services, in spite of it being widely used in the technology assessment side of the health economics practice [2-8]. The health industry is one of the few industries in the U.S. characterized by the odd custom of charging prices that are never paid and submitting invoices where purchasers are expected to pay a small fraction of the amount due. Even the mainstream media has taken to writing about this odd custom.[9] A recent New York Times article typifies the kind of reporting on the topic:

Why do health industries continue in this odd ritual, and what are the implications for health care research, technology assessment, litigation support, policy analysis, and management? There are many reasons for the discrepancies between actual costs and charged amounts, but the main reason appears to be the “it’s always been done that way.” Health economists and researchers have long struggled with this issue, and began advising each other many years ago that the analyses of health care costs—that is, actual resource use—should be based on costs, not charges.[10-16] And ever since, the use of costs, rather than charged or billed amounts, has become the standard for health economics research (e.g., [17-30]).

As the buyers of medical care (e.g., employers) become more sophisticated in their understanding of medical care markets in the early 1990s, the chasm between the actual costs of medical care the amounts billed by providers began to widen. Purchasers bargained and negotiated, and paid only what they felt was “usual, customary, and reasonable” (UCR). Rates based on UCR began to fall to levels that were much closer to “reasonable value” than the charges that continued to be displayed on hospital “charge masters—the menu of prices most hospitals keep on file. Having two or more price lists, it turned out, was useful: by having one list of arbitrarily high prices, providers are free to privately negotiate lower rates with each purchaser individually, maximizing the price (or the WTP) for each buyer.

What are the implications of this practice for health care economics? In reality, this practice has resulted in quite a few gray hairs among health economists. Health economists must continue to be careful in not using charges as proxies for costs in any study. If charges are the only available option, it is generally acceptable to convert charges to costs by using data from Medicare Cost Reports (MCRs), which have been used extensively as a measure of hospitals’ cost structures (e.g., [17, 22, 25-28, 30-32]) The cost-to-charge ratio approach can be further refined by adding back a reasonable rate of return, akin to the rate-of-return methods used to regulate hospital costs in the 1980s and 1990s [33, 34]. Similar methods can be used to adjust outpatient professional charges to be more reflective of costs.

Economic evaluation of health technology is not the only area of health economics affected by the cost versus charges problem. In health policy, it has caused confusion as to the actual costs of existing and proposed health care programs and initiatives. In health care management, variation in prices for the same service make it challenging to assess service-level and procedure-level operating costs and margins, and to benchmark their cost and margin structures against industry standards.

The cautionary tale of the discrepancies between costs and charges can also be extended to litigation support as well. Both parties to litigation—plaintiffs and defense– often find themselves working only with medical bills, reflective only of amounts charged by physicians and hospitals and other health care providers. But we know those amounts do not reflect reasonable value, mainly because the amounts do not represent the willingness to pay on the part of the vast majority of purchasers and buyers. Instead, the charges are a byproduct of the vestigial “charge master,” much more a reflection of “aspirational” prices than reasonable value.