The Economics of Ovarian Cancer Diagnosis 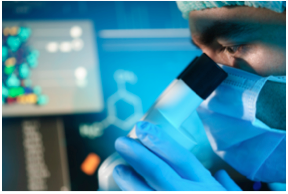 According to estimates from the World Health Organization, 8.3 million people worldwide died from cancer and other neoplasms in 2008—about 14% of all deaths. In the same year, the overall costs of cancer care in the United States amounted to $228.1 billion– $93.2 billion direct medical costs, $18.8 billion in indirect morbidity costs, and $116.1 billion indirect mortality costs.

Biomarkers are increasingly used to diagnose and screen for cancer, assist in therapeutic selection, provide prognostic information, and monitor therapeutic response. Biomarkers increase disease-specific sensitivity and specificity in addition to having higher dimensional complexity, which in turn leads to better patient outcomes through more accurate diagnostics and optimal treatment routing.

Although cancer biomarkers may substantially enhance the effectiveness of treatment, their overall efficacy will be influenced not only by clinical issues but by economic factors including test and treatment costs, insurance coverage, provider reimbursement, and cost-effectiveness. Moreover, cost effectiveness arguments are particularly important in cases where specific biomarkers have the potential to reduce unnecessary and inappropriate treatment.

In this blog we present a brief overview of health economic issues surrounding biomarkers in general and cancer care in particular, and construct a simple framework to understand the economic issues using examples from the literature. We focus on the cost effectiveness of a novel biomarker combination for detecting ovarian tumor malignancy. The biomarker combination with the highest sensitivity to date is a combination of CA 125 and HE4. An algorithm utilizing this combination (hereafter referred to as “ROMA”) is able to achieve 81% sensitivity with 90% specificity, compared to approximately 62% sensitivity (90% specificity) for CA125 alone.

There has been comparatively little research on the economics of cancer biomarkers and how such markers affect care management. In general, the cost effectiveness of cancer biomarkers depends mainly on the course of treatment after the test is performed and interpreted. In the case of ROMA, the substantially higher level of accuracy it lends to diagnosis has the potential to improve the rate at which patients are referred according to clinical practice guidelines (“optimal referral”) which in turn has the potential to improve outcomes and reduce the costs associated with second surgeries and other resources expended in the aftermath of sub-optimal initial treatment. In this study, we calculated the cost effectiveness of ROMA versus CA 125 alone for a hypothetical cohort of post-menopausal women with a clinically detectable pelvic mass. The assumption is that the difference in diagnostic accuracy between the two tests results in a higher proportion of patients receiving optimal referral and, in turn, the most appropriate treatment for their clinical characteristics.

The use of other biomarkers and combinations of biomarkers in the management of ovarian cancer appears very promising. When used alone, a single CA125 result is of limited value as a screening tool for primary surgery. A recent report from the United Kingdom suggests that the use of longitudinal CA-125 values used in combination with subsequent ultrasound evaluation has a high sensitivity and specificity when used in screening for ovarian cancer. When CA-125 is used in combination with other biomarkers (and traditional RMI data) in the detection of ovarian cancer, substantially higher sensitivity can be achieved. A recent study investigated the use of novel biomarker combinations of CA125 and other tumor markers, most notably, HE4, an 11 kDa protein that is a precursor to the epididymal secretory protein E4 and is over-expressed in ovarian carcinomas. HE4 is a useful tool in detecting ovarian cancer due to minimal gene expression or production of HE4 in normal, cancer-free ovarian tissue.

Moore et al. (2008) found that the combination of CA125 and HE4 proved to have a more accurate sensitivity (80.7% at 90% specificity) than either CA125 alone (61.2%) or HE4 alone (77.6%). For Stage I disease only, HE4 alone had the highest sensitivity for detection of ovarian cancer (46.2% sensitivity at 90% specificity) compared with combinations, particularly at higher levels of specificity. In a separate study, Moore et al. (2009) calculated a combined HE4 and CA125 marker sensitivity of 92.3% (75% specificity) for post-menopausal women. For the pre- and post-menopausal groups combined, the novel combination marker was able to correctly classify 93.8% of patients diagnosed with epithelial ovarian cancer. When a test or testing algorithm is used for population-based ovarian cancer screening, accuracy requirements are highest. In this application every attempt must made to avoid unnecessary surgical interventions while maintaining a high capture rate of ovarian cancers present in the population. As such, the specificity and sensitivity of the test must be high. 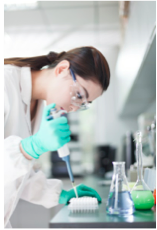 Treatment outcomes at specialized hospitals and by specialized physicians have been shown to be markedly better than outcomes obtained by less-specialized providers. In a meta-analysis of 46 studies of the effects of specialization, Grilli et al. (1998) found that specialized cancer care was associated with an 18% reduction in mortality. These general findings have been observed consistently across studies of many different kinds of cancers, including pancreatic, breast, esophageal, ovarian, cervical, colorectal, and others.

The benefits of optimal specialist referral for ovarian cancer treatment are well-documented. In general, it has been shown that measured levels of surgical skill is associated with surgical outcomes. In the case of cytoreductive ovarian cancer surgery, the skill-outcome relationship is observed mainly by surgeon specialty and surgical venue. The findings relating surgical specialty to outcome are strong and consistent. In most cases, these studies show that cytoreductive surgeries performed by gynecologic oncologists (as compared to gynecologists or general surgeons) are: (1) more likely to be performed “optimally;” (2) more likely to be optimally staged; and (3) result in improved patient survival.

In addition to physician-level effects, centralization of care within specialized facilities also appears to play a role in the outcome of ovarian cancer cases, mostly due to higher concentrations of board certified oncology specialists, abundance of specialized support and ancillary staff familiar with specialized chemotherapy and surgical treatments, higher volume of debulking surgeries and staging procedures, greater likelihood to follow ovarian cancer surgical and treatment guidelines, and the prevalence of surgical teams as opposed to individual surgeons operating on patients with ovarian cancer. The literature on the advantages of specialized treatment for cancer emphasizes the synergies between specialized physicians, specialized nurses, and specialized facilities. Given the higher procedural volume at expert centers, to the extent economies of scale exist in these specific procedures they are likely to be realized to a greater degree in specialty centers and units compared to general hospitals with lower procedural volume.

Bristow et al. (2007) incorporated cost, survival, and quality-of-life data to calculate the incremental cost effectiveness ratios for ovarian cancer patients treated in an “expert center” versus a “less experienced” center. They found that the strategy of expert center referral had an overall cost per patient of $50,652 and had an effectiveness of 5.12 quality-adjusted life years (QALYs). The strategy of referral to a less experienced center carried an overall cost of $39,957 and had an effectiveness of 2.33 QALYs. The expert center strategy was associated with an additional 2.78 QALYs at an incremental cost of $10,695 resulting in a cost-effective ratio of $9,893 per QALY. The less experienced center referral strategy was associated with a cost of $17,149 per QALY—about 73% more than the expert center strategy. A recent Cochrane review by Woo et al. (2012) reviewed 5 retrospective observational studies. Meta-analyses confirmed earlier the findings from Bristow et al. and other earlier studies: women with ovarian cancer treated in specialized centers have longer survival.

In sum, the following diagram summarizes the main conceptual model underlying the value proposition of ROMA: 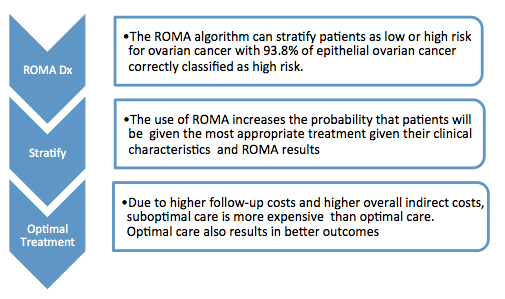 In our cost-effectiveness analysis of ROMA, we built a medical decision model based on the assumption that, for post-menopausal women with a clinically detected pelvic mass, treatment and referral decisions are informed directly by the results of one of two diagnostic strategies: CA125 alone versus the novel biomarker combination (ROMA) reported by Moore et al. (2008; 2009).

Once a treatment decision is made, it is assumed that two outcomes are possible: optimal treatment or suboptimal treatment. The reason for this approach is that once admitted to a specialized or non-specialized center, the costs and benefits of optimal versus suboptimal treatment for malignant tumors are no longer dependent on the initial test results and the properties of those tests; malignancy can be assumed to be confirmed at time of cytoreductive surgery. In addition, for the purposes of this modeling, we chose to make the assumption that IP/IV chemotherapy is the treatment of choice on the “optimal” arm of the model, recognizing that there is less agreement on this component of an optimal treatment strategy.

The results of the cost effectiveness model are shown in the table. The advantages of obtaining ovarian cancer treatment in specialized settings are well documented, and the desire to direct a larger proportion of ovarian cancer patients to specialized centers has been a major feature of gynecologic oncology practice guidelines. We find that biomarkers with improved sensitivity are one way in which higher rates of optimal triage and optimal treatment can be obtained.

Although the effect sizes are relatively small, we show that a novel biomarker combination has the potential to increase survival and reduce costs by improving the overall rate at which patients receive optimal treatment. Although the incremental cost difference is relatively small ($935), these costs could be substantial when summed over the larger population of women with ovarian tumors. Considering the roughly 200,000 women presenting each year in the U.S. with pelvic masses, approximately $187M could be saved by relying exclusively on the ROMA strategy relative to CA125 alone. 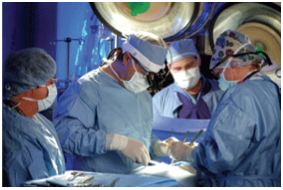 The potential cost savings associated with optimal referral are likely understated in our study, for two reasons. First, based on data from available literature, it is difficult to model with accuracy the differential in resources used in the CA125 versus ROMA arms of the decision model during the monitoring and recurrence management phases of care (i.e., resources used in time periods beyond what we define as terminal nodes in the decision tree). It is likely, however, that the differential favors the ROMA combination, insofar as the added sensitivity of the combination marker to some degree reduces the need for alternative forms of monitoring, such as ultrasound, MRI, PET/CT, and FDG-PET/CT. Imaging tools have been shown to add value to the management of patients with adnexal masses, malignant ovarian tumors, and recurrent ovarian cancer. However, over a relatively long episode of disease imaging can add considerable cost. Even a small reduction in imaging costs has the potential to result in substantial savings across the population of patients with ovarian cancer.

Physicians who care for women with known pelvic masses strive to make the best decisions regarding surgical intervention versus careful follow-up. The more accurately a physician can differentiate between the benign and malignant pelvic mass the more likely it is that correct triage will occur regarding careful follow-up or surgery. When a mass is suspected of being malignant, then triage to a gynecologic oncologist is a more appropriate triage path. The results of this study point to the value of optimal referral. In the course of constructing the model, we observed remarkably consistent findings on the value of specialized treatment by gynecologic oncologists and specialized venues such as community hospitals treating high volumes of cancer cases, teaching hospitals with specialized cancer units, and free-standing cancer hospitals. The problem has not necessarily been the availability of specialized resources (though some have argued that point), but rather the efficiency by which patients are triaged optimally to specialized treatment. Novel biomarker combinations, particularly the ROMA strategy, clearly have the potential to improve the flow of patients into specialized versus non-specialized settings. As we show, improvement in triage can have non-trivial effects on the costs and outcomes of care.