The New Era of Cost Control in Healthcare: What Should you look for in a Health Economics and Outcomes Research Consultant? 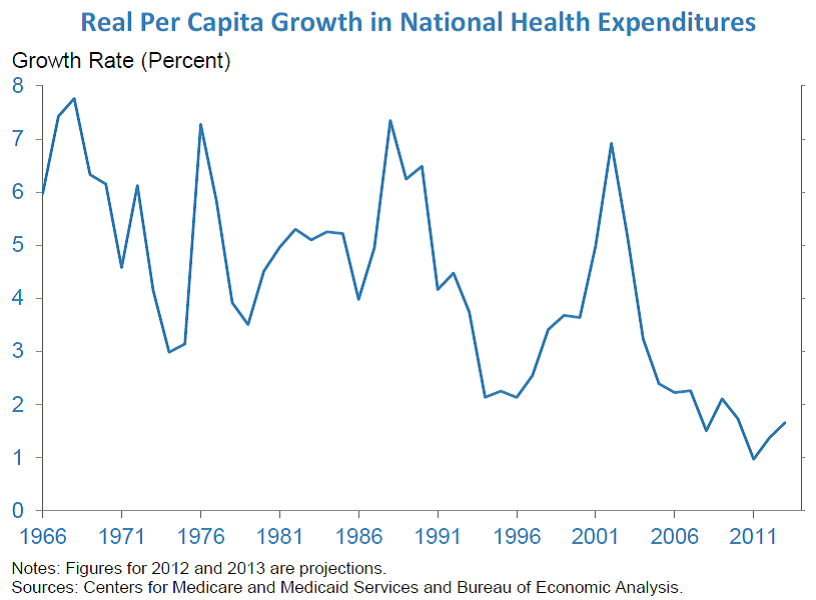 In recent years, there has been a small but measurable slowdown in the rate of increase in health expenditures, both here in the U.S. and abroad. The slowdown is largely attributable to a higher level of commitment on the part of payers to increase enrollee cost sharing and control access to high cost treatments.[1-3] If you are in the life sciences sector of the economy—especially pharmaceuticals, medical devices, diagnostics, and biotech—this expenditure growth slowdown is important to you. And here’s why: it implies that efforts to control access to your products are finally, to some degree, working.

But as we know, not all medical technology is created equal; many medical innovations provide measurable value to people who need it, and others provide less value. Invariably, the blunt force of cost control will throw some of the good out with the bad. This is why it is all the more important, in this new era of cost control in health care, for you to clearly demonstrate the economic value of your medical innovation. Improvements in outcomes is of course a desirable trait, but if your innovation can improve outcomes and reduce some measure of expenditures (hospital; payer; even societal) then all the better. In this new era of cost control, purchasers and payers are expecting to see evidence on the latter. If they don’t see the economic benefits, there’s a good chance that your technology, no matter how clever or effective, will be considered a luxury, and the utilization barriers will follow.

While larger pharmaceutical and medical device companies typically engage consultants to conduct economic evaluations of their new drugs and devices, many smaller companies—and there are a lot more of these in recent years[4]—are new to health economics and outcomes research (HEOR) and pharmacoeconomics consulting. So, for those of you who are not grizzled veterans of the pharmacoeconomics and HEOR world, we thought we would share with you some thoughts on how best to gather and prepare your economic evidence.

1. Plan for Economic Evaluation. Although clinical evidence will be (and should be) your primary focus in the early stages of product development, it is also increasingly important to develop a plan to gather economic evidence. As I argued above, economic evidence is increasingly important and no longer considered optional. Thus, it should be included in your broader evidence collection plan. The extent of these plans is determined in large part by the markets that you are targeting initially. European markets require more rigorous cost effectiveness analysis, whereas U.S. markets require budget impact models and cost impact models. Asian and Latin American countries can require any of these. Device requirements differ from pharmaceutical requirements. And of course the scope of economic analysis is also driven by therapeutic area, disease progression, epidemiology, and existing patterns of treatment.

2. Conceptual Models are Important. Life sciences companies face many hurdles along the timeline from invention to market, and during this grind it is not uncommon to develop a quick and simple “economic story.” In fact, this is typically what your funders want—the 10 second elevator speech. Although such succinctness plays an important role, the real economic story is most likely much more complex. This is why we think it is very important for pharmacoeconomics consulting companies and health economics and outcomes research consulting companies to begin by laying out a conceptual framework or model that describes how the medical technology will differ from standard practice from an economic perspective. A conceptual model is a model that is focused more on logic and less on data; these models are critical foundations of any in-depth economic models to come later. Conceptual models also provide an early opportunity to facilitate discussion between the HEOR vendor, the client, and any content-area experts.

The primary goals of a conceptual model are to: (1) develop an understanding of the progression of disease, including key stages and transitions between stages; (2) identify the most important and most relevant input and output variables associated with the use of the new treatment and comparators; (3) map the temporal and causal relationships between key variables; and (4) describe the environment (i.e., clinical dimensions, including clinical practice guidelines and pathways, and economic dimensions, including payment and reimbursement) in which the variables interact.

3. Consider Collecting Economic Data and Clinical Data Together. It is not uncommon for clients to approach us long after they have gathered their clinical data and ask us to conduct an economic evaluation of their drug, device or diagnostic. There’s nothing wrong with this approach, and for the most part it works well. But in viewing economic evaluations as the final step, opportunities are missed. For example, if the basic economics of the technology are sketched out earlier, in the form of a conceptual model, there is an opportunity to design clinical studies to capture important economic endpoints. Our colleagues Henry Glick and Jalpa Doshi, both at the University of Pennsylvania, are the lead authors of the book “Economic Evaluations in Clinical Trials” (Oxford, 2007), which discusses these issues from a methodological perspective. Devoting some time and energy toward economic considerations at this stage of data collection can make the more formal economic models (which will come later) more powerful.

4. Consider the Relationship. Not all pharmacoeconomics consulting companies and HEOR consulting companies are the same. Most are capable of delivering the types of economic evidence that you need, but vendors differ markedly in how they deliver those services. I have worked in large and small companies, and from my own experiences I can summarize the differences very succinctly: smaller vendors give you more personal service, and access to their most senior staff, whereas the main business goal of larger “big box” companies is to hand your project off to the most junior team able to handle the work. The reason is that the larger companies have very strict and aggressive per- project margin goals and the most expeditious way to meet those goals is to have senior people stay away from the project. Smaller firms, like ours, have an entirely different approach. We have a very horizontal structure, which means that senior people are involved in all aspects of the project, and clients have direct access to the senior members of the project team throughout the course of the project. For smaller firms, a much larger proportion of their total operating costs are fixed (versus variable); thus, per-project margins are less important. In terms of key strategic objectives in smaller vendors, the relationship with the client and the quality of the work far outweigh per-project margins.