Will an Unravelling of the Affordable Care Act Result in Meaningful Organizational Changes in U.S. Medical Care? Implications for Economic Evaluation of Drugs & Devices 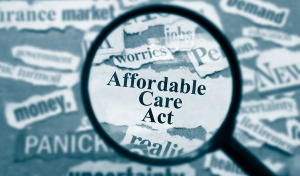 In recent years, there has been a shift in U.S. health care markets to a broader, population-based perspective when assessing the costs and benefits of medical innovation. Cost effectiveness analysis and budget impact analysis results can look quite different when viewed from the perspective of a health system or an accountable care organization, and can look even more different when viewed through the perspective of a broadly-defined bundled payment for a given episode of care. These organizational innovations were spurred on by some aspects of the Affordable Care Act (“ACA,” also known as Obamacare). A critical question is whether an unravelling of the ACA will affect these organizational innovations, and if so, then how might such changes alter the way that we evaluate the costs and benefits of health care innovations.

Outside of the U.S. borders, the use of health economics and outcomes research to conduct health technology assessment from a societal perspective is critical because, for the most part, countries employ some sort of universal health care system. The U.S. does not, and for the past few decades this has posed a significant challenge for health economics and outcomes research and technology assessment. As an illustration, consider a surgical device that, if used during surgery, reduces complications and hospital readmissions. In the U.S., such a device may be appealing to surgeons insofar as it makes their lives easier and improves the health-related quality of life of their patients. However, the hospital, which is making the decision as to whether to adopt the device, must also consider the reductions in downstream revenue associated with improved outcomes. To be fair, no hospital supply chain manager would simply dismiss the value to patients and surgeons. But a good economic model would have to consider the financial impact of the lost downstream revenue, and that could tip the scales toward a decision to not adopt the technology. The insurer or payer would of course care very much about the downstream savings, and view those as a positive, but the payer in this example is not the one making the adoption decision.

This dilemma is really just an incentive alignment problem, and those are precisely the kinds of problems that “population-based” and “value-based” organizational forms and payment mechanisms, including “bundled payments,” are designed to overcome. The most widely used example of this are diagnosis-related groups, or DRGs. These were first introduced by Medicare in 1983, and were no more than a form of bundled payment—more “episode-based” than population-based— but the idea is the same. What we are seeing now– with ACOs and bundling approaches that extent in some cases far beyond the DRG—is an extension of the same logic that brought us DRGs.

Returning to the original question—whether this trend will continue—seems a bit easier to answer when we look at the trajectory of DRGs from “Medicare experiment” to industry standard. Even if a substantial reform of the ACA is implemented, the underlying incentives toward population-based payments and value-based payments will continue to push payers and providers in that direction. Institutional changes, such as the possible elimination of the CMS Innovation Center (CMMI), the Patient-Centered Outcomes Research Institute (PCORI), and the Agency for Healthcare Research and Quality (AHRQ), will make for a bumpy ride, but are unlikely to fundamentally alter the potential upside benefits to correcting incentive alignment problems in the health care industry.

All of this has important implications for health economics and outcomes research (HEOR), which is only as valuable as the perspective taken. In the device adoption example above, a hospital’s approach to HEOR and technology evaluation, via its supply chain professionals, will take the form of a “hospital value model” and should consider two scenarios: one “status quo” scenario where the hospital gains value from readmissions and future services stemming from a potentially sub-optimal outcomes, and one in which it is assumed that the future services associated with sub-optimal outcomes are costs rather than revenues, and should therefore be minimized.

An additional benefit from considering both perspectives is that they can be compared as a means of calculating a net difference. In some cases, hospitals might learn that the short-term revenue perspective does not generate that much more value to the hospital than the longer-term population-based perspective. This constitutes a new kind of thinking for technology adopters, and manufacturers looking to sway adoption decisions must be ready with economic evidence that is flexible enough to generate estimates of net savings under both perspectives.