The Evolving Landscape of U.S. Payer Coverage Decisions: The Role of Health Economics and Outcomes Research 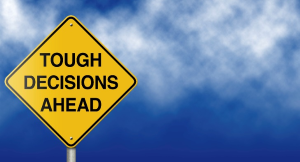 Although there are a large number of public and private payers in the U.S., medical device and pharmaceutical manufacturers generally focus on two types of payers: (1) Medicare, which is administered by the Centers for Medicare and Medicaid Services (CMS) and covers individuals ages ≥ 65; and (2) private commercial payers (e.g., Blue Cross and Blue Shield plans; United Healthcare, Aetna, etc.). The former is a centrally-controlled “single-payer” system for a subgroup of the population, while the latter is a fragmented group of privately-owned plans generally operating nationally but subject to insurance and coverage rules and regulations in each state.

Medicaid, also administered by CMS but with matching funds from the states, generally follows the coverage and reimbursement decisions reached by the Medicare program. Likewise, many private payers generally follow the coverage decisions reached by Medicare, though the concordance overall is estimated to be only about 50%, with roughly 25% of private payer coverage decisions being more generous than Medicare and another 25% being less generous than Medicare. 1 Coverage policies are a crucial part of all payers’ actuarial process; the only means of controlling expenses in year “t+1” is to clearly define benefit eligibility and scope of coverage in year “t.”2 The following sections describe the basic structures and processes of Medicare and private-payer coverage determinations.

Medicare Coverage Determination. The Medicare program makes coverage determination decisions centrally, based on medical necessity, but allows for local modifications in the absence of national consensus. According to CMS, “Medicare coverage is limited to items and services that are reasonable and necessary for the diagnosis or treatment of an illness or injury (and within the scope of a Medicare benefit category). National coverage determinations (NCDs) are made through an evidence-based process, with opportunities for public participation. In some cases, CMS’s own research is supplemented by an outside technology assessment and/or consultation with the Medicare Evidence Development & Coverage Advisory Committee (MEDCAC). In the absence of a national coverage policy, an item or service may be covered at the discretion of the Medicare contractors based on a local coverage determination (LCD).” The process used by the MEDCAC, generally, is to review the adequacy of clinical evidence (i.e., “evidence-based” coverage) and then to determine the structure of the benefit.3.

In 2005 CMS introduced a “coverage with evidence development” (CED) process as “an option for coverage of promising drugs, biologics, devices, diagnostics, and procedures that would not otherwise meet Medicare’s evidentiary standards for being ‘reasonable and necessary.’”4 An updated guidance was issued in 2006, clarifying some of the CED statutory, regulatory, and operational issues. In 2013, CMS published a Federal Register notice (78 FR 48164-69) updating the process used for initiating, deciding or reconsidering NCDs, outlining “an expedited administrative process, using specific criteria, to remove certain NCDs older than 10 years since their most recent review, thereby enabling local Medicare contractors to determine coverage under the Act.”

Since the inception of evidence-based coverage determinations by the Medicare program, several observers have discussed the challenges of employing evidence-based coverage decisions in the real world. First, there are limits to the value of extant evidence because most randomized clinical trials are conducted in tightly controlled environments that do not necessarily reflect real-world scenarios.5 Second, in many therapeutic areas there is considerable treatment heterogeneity, implying that some sub-groups of patients have better outcomes then others. This can complicate coverage decisions if the differential affect across subgroups is not known a priori. An example of this was the Medicare coverage decision surrounding implantable cardioverter defibrillators (ICDs), which resulted in a CMS specifying the eligible coverage subgroup with unusual inclusion and exclusion precision.6 Third, translating clinical evidence to value requires the addition of cost-effectiveness analysis, and CMS generally has no mechanism to incorporate “value-based” criteria that weigh the benefits and costs of a medical intervention.7 The latter issue is, however, an evolutionary process that has started to change in recent years.8 One study noted that in a sample of 64 Medicare NCDs, 14 (22%) “cited or discussed cost-effectiveness information.”9

Private Payer Coverage Determination. Private payers vary considerably in their coverage decisions. However, most plans generally follow the BlueCross and BlueShield Association’s (BCBSA) Technology Evaluation Center (TEC) “Clinical Coverage Criteria.” These coverage criteria include the following key elements: (1) the technology must have final approval from the appropriate governmental regulatory bodies (when required); (2) the scientific evidence must permit conclusions concerning the effect of the technology on health outcomes; (3) the technology must improve net health outcome; (4) the technology must be as beneficial as any established alternatives; and (5) the improvement must be attainable outside investigational settings.10

Private payers are also leading the way in incorporating costs and cost-effectiveness into coverage decisions through a variety of value-based benefit designs and payment mechanisms.11 For example, Holtorf et al. conducted surveys [a Managed Care Survey (MCS) and a Pharmacy & Therapeutics (P&T) Committee Survey (PTS)] distributed to decision makers in the United States.12 The objective of the surveys was to understand the current use of health economics data, perceived barriers and limitations to incorporating health economics into coverage decisions. The majority of US respondents to the MCS (74%; N = 53) and to the PTS (77%; N = 23) indicate that health economics is currently being used in their decision-making process; but the majority of respondents to the MCS (66%; N = 48) also state that quality assessment is limited (quality assessment was not addressed in the PTS). In addition, the majority of respondents to the MCS (82%; N = 59) expect the use of health economics to increase in the future. Safety and efficacy were reported in the PTS to be the most important factors in the P&T Committee decision-making process, followed by head-to-head comparisons, and cost.

We believe that, due to the increasing reliance on health economics and quality-of-life measures in making coverage decisions, engaging with payer experts at all points along the product lifecycle is extremely important. Our approach, after identifying the appropriate payer experts, is to develop a mix of open-ended and targeted questions that allow for payers some range of opinion but also encourage them to ordinally rank the importance of key economic and outcome variables. This approach gives biomedical developers an opportunity to begin, relatively early in the process, the formulation of the value story for their innovation.

12 A. P. Holtorf et al., “Current and Future Use of Heor Data in Healthcare Decision-Making in the United States and in Emerging Markets,” Am Health Drug Benefits 5, no. 7 (2012).